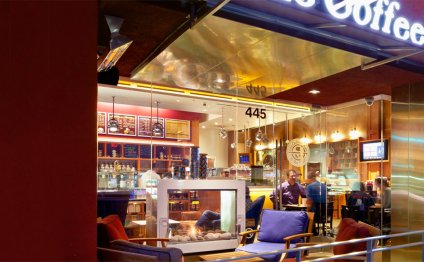 A grand opening for the 2, 200-square-foot Miracle Mile store is planned for Thursday. And expect a big show: The location is attached to the coffee chain’s new corporate headquarters, located at 5700 Wilshire Blvd.

Coffee Bean & Tea Leaf parent company International Coffee & Tea relocated from its former headquarters on La Cienega Boulevard into office space formerly occupied by OWN, the Oprah Winfrey Network. (The Business Journal is a tenant in the same building.)

“We continue to grow as a company and as an iconic brand associated with this epicenter of culture, ” Jeff Schroeder, the company’s senior vice-president of operations said. “When the opportunity to move to this historic area associated with L.A.’s rich heritage presented itself, we thought it was a perfect fit.”

The Coffee Bean is in nearly 30 countries worldwide, and Los Angeles Mayor Eric Garcetti cheered the company for opening its 1, 000th location in its hometown.

“As Southern California’s iconic specialty coffee and tea retailer, the brand serves as a beacon of our city’s heritage and growth and I wish them continued success for years to come, ” he said.

Gary Toebben, president and chief executive of the Los Angeles Area Chamber of Commerce, said the group is proud of the coffee chain’s growth and longevity.

Tea Lattes at The Coffee Bean & Tea Leaf, with @mattray 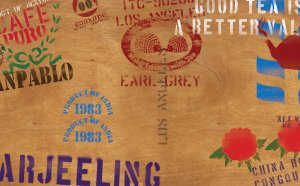 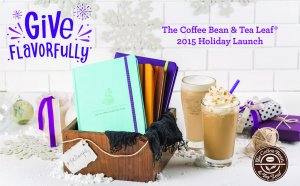 Joei Me: The Coffee Bean and Tea Leafs 2016 Giving Journal