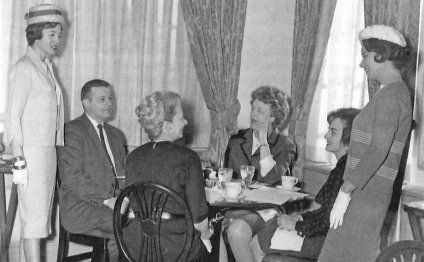 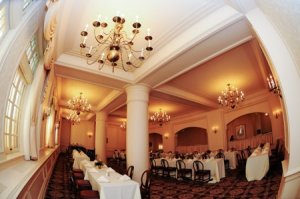 Do you love to watch cooking shows? We do too! At Kahn’s Catering food is our passion. It is part of who we are. Share that passion with us as Kahn’s Catering and the host Cooking in the Tea Room. A rare culinary experience featuring three, hands on cooking courses, led by one of our Executive Chefs, Sam Merenda.

Great cooking isn’t just about mouth-watering recipes- it’s about techniques. This three-part cooking series will feature items inspired by the classic features of the L.S. Ayres historic menu, as well as modern interpretations, paired with fundamental skills for a lifetime of great cooking. You’ll enjoy the relaxed atmosphere of the tea room and the experience of cooking alongside a professional chef.

Come with the questions you always wanted to ask and be prepared to create both savory and sweet dishes from three areas of our menu: starters, entrees, and desserts.

The L.S. Ayres Tea Room was an Indianapolis staple at the downtown L.S. Ayres department store from 1905 to 1990, but its memory lives on at the Indianapolis State Museum every holiday season during Celebration Crossing. Even though the tea room is only open for one month a year, young and old from all over clamor at the opportunity to take tea or enjoy lunch at the full-service recreation of the restaurant inside the Indiana State Museum. Stepping into the tea room is like traveling back in time; decorated in an elegant style from years past with painted, wood-paneled walls, wainscoting, recessed ceilings, brass chandeliers and the restaurant’s original tables and chairs.

Chef Sam Merenda began his career at the American Culinary Arts Academy in Lakeland, Florida in 1997. By the year 2000 he had both his Culinary Arts degree and a degree in Hotel Resort Management. His talents were recognized early as he became a corporate trainer for the growing seafood concept Bonefish Grill. After a two-year stint, Chef Merenda moved over to Walt Disney World Resorts in Lake Buena Vista, Florida to work as Sous Chef in three different world-class resorts: The Boardwalk Resort, The Grand Floridian Resort and Spa and The Coronado Springs Convention Hotel. Continuing to advance his career, in 2007 Chef Merenda had the distinct pleasure to work as Senior Sous Chef in the Wolfgang Puck Cafe, downtown Disney. Relocating to Indianapolis in 2009 Chef Merenda worked tirelessly as Sous Chef at Oakley’s Bistro and then Chef de Cuisine at Charbonos in Avon before coming to Kahn’s Catering as Executive Chef in 2012. 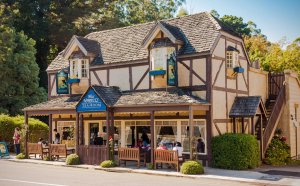 I ve been a fan of this place for a couple of years, and would recommend it for anyone looking for a nice brunch with a couple… 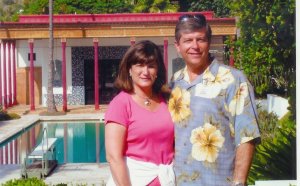 All sandwiches served on fresh baked old fashioned white or whole wheat bun, or sourdough loaf, with lettuce, tomatoes and…