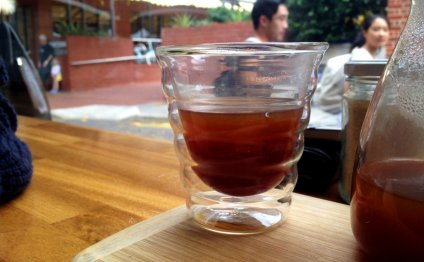 History of the coffee beans

The history and development of the beverage that we know as coffee is varied and interesting, involving chance occurrences, political intrigue, and the pursuit of wealth and power.
According to one story, the effect of coffee beans on behaviour was noticed by a sheep herder from Caffa Ethiopia named Kaldi as he tended his sheep. He noticed that the sheep became hyperactive after eating the red "cherries" from a certain plant when they changed pastures. He tried a few himself, and was soon as overactive as his herd. The story relates that a monk happened by and scolded him for "partaking of the devil's fruit." However the monks soon discovered that this fruit from the shiny green plant could help them stay awake for their prayers.

Originally the coffee plant grew naturally in Ethiopia, but once transplanted in Arabia was monopolised by them. One early use for coffee would have little appeal today. The Galla tribe from Ethiopia used coffee, but not as a drink. They would wrap the beans in animal fat as their only source of nutrition while on raiding parties.

The Turks were the first country to adopt it as a drink, often adding spices such as clove, cinnamon, cardamom and anise to the brew. Coffee was introduced much later to countries beyond Arabia whose inhabitants believed it to be a delicacy and guarded its secret as if they were top secret military plans. Not unlike some coffee roasters today!!

Back then transportation of the plant out of Muslim nations was forbidden by the government. As a result, like all good products the actual spread of coffee was started illegally. One Arab named Baba Budan smuggled beans to mountains near Mysore, India, and started a farm there. Early in this century, the descendants of those original plants were found still growing fruitfully in the region.

Coffee was believed by some Christians to be the devil's drink. Pope Vincent III heard this and decided to taste it before he banished it. He enjoyed it so much he baptised it, saying "coffee is so delicious it would be a pity to let the infidels have exclusive use of it."

In the 15th century, Muslims introduced coffee in Persia, Egypt, northern Africa and Turkey, where the first coffeehouse, Kiva Han, opened in 1475 in Constantinople. The stimulant effect of drinking coffee caused it to be forbidden among orthodox and conservative imams in Mecca in 1511 and in Cairo in 1532 by a theological court. In Egypt, coffeehouses and warehouses containing coffee cherries were sacked. But the product's popularity, particularly among intellectuals, led to the reversal of this decision in 1524 by an order of the Ottoman Turkish Sultan Selim I.

From the Muslim world, coffee spread to Europe, where it became popular in the 17th century. Dutch traders were the first to start the large scale importation of coffee into Europe.

In the 1700's, coffee found its way to the Americas by means of a French infantry captain who nurtured one small plant on its long journey across the Atlantic. This one plant, transplanted to the Caribbean Island of Martinique, became the predecessor of over 19 million trees on the island within 50 years. It was from this humble beginning that the coffee plant found its way to the rest of the tropical regions of South and Central America. Coffee was declared the national drink of the then colonised United States by the Continental Congress, in protest of the excessive tax on tea levied by the British crown. Espresso, a recent innovation in the way to prepare coffee, obtained its origin in 1822, with the innovation of the first crude espresso machine in France. The Italians perfected this wonderful machine and were the first to manufacture it. Espresso has become such an integral part of Italian life and culture, that there are presently over 200, 000 espresso bars in Italy. 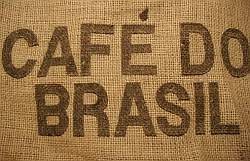 Today, coffee is a giant global industry employing more than 20 million people. This commodity ranks second only to petroleum in terms of dollars traded worldwide. With over 400 billion cups consumed every year, coffee is the world's most popular beverage. If you can imagine, in Brazil alone, over 5 million people are employed in the cultivation and harvesting of over 3 billion coffee plants. Sales of premium speciality coffees in the United States have reached the multi billion dollar level, and are increasing significantly on an annual basis.

The Journey of the Coffee Bean 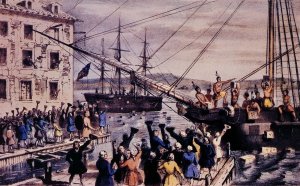 Images of the Boston Tea Party

Museum Field Trip Experience Take your class on a field trip to the Boston Tea Party Ships & Museum they will never forget!… 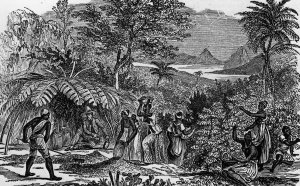