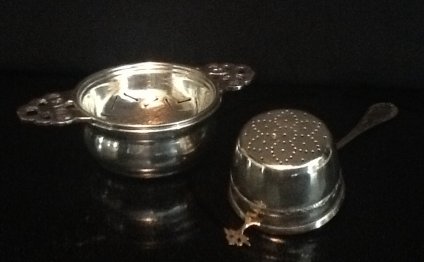 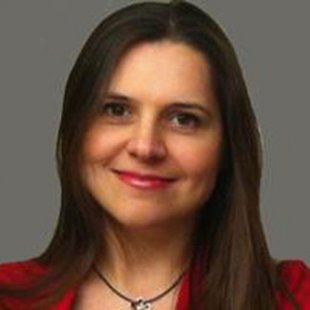 By of the Journal Sentinel

If you've ever tasted a sample of the high-end loose-leaf tea served at a Teavana store and been so wowed you splurged on a couple of ounces to take home, you've likely wondered why the tea you brewed at home didn't taste nearly as good.

I recently walked by one of the Teavana stores in the Milwaukee area. The sampling station outside tempted me into trying a blended chai oolong tea. I've never been a tea drinker, but it was so wonderful, I had to venture inside to at least inquire about the price.

The Teavana sales rep's reply floored me: The loose-leaf tea was around $9 per ounce! Prohibitively expensive. I was reluctant to spend that much, so I figured I would start by trying an ounce. But to my surprise, the sales rep said they don't sell less than 4 ounces when it's a blend.

As I hesitated, the sales rep proceeded to explain that I'd only need one teaspoon of oolong tea to brew an 8-ounce cup. She explained, as it says on the store's website, that 2 ounces of tea will brew between 25 and 30 8-ounce cups. By that guideline, she explained, I would be paying less than $1 per cup. (I later figured that my purchase, which was $19.27 with taxes, would amount to 64-77 cents per cup.) Not bad compared to a coffee shop, right?

With excitement, I brewed my first batch the next morning according to the instructions of the rep, which were also listed on the bag: One teaspoon for 8 ounces of boiling water, steep for 3 minutes. The smell was so heavenly fragrant, I could hardly wait to try it.

But the taste was disappointing. Very vague. I wondered why, given that I had followed the instructions to a tee (pun intended.) I was puzzled, but decided that next time, I'd add a little more tea and a little more sugar. That didn't help either.

When I walked by the store again a few weeks later, I realized that the store actually sells freshly brewed cups to order (the chain was officially acquired by Starbucks at the end of 2012). So I went inside to order a chai I had sampled. I figured I could solve the taste mystery in the process. As I waited for my 16-ounce cup, I noticed that the barista put a large amount of tea in it. I asked how much tea he uses. His reply: "About six teaspoons."

"We want to make sure customers can really taste the samples, " he explained.

That's a great concept, but only if the reps explain this to their customers. In my experience, they don't.

Another customer, who was also waiting for a drink, said she, too, had purchased some tea and brewed it at home according to the instructions, but that it did not taste nearly as good as the sample she had at the sampling station. She clearly had the same impression that I did, that you'd get the same result as the sample by following the instructions. When I explained why that was not the case, she got the same look of dismay on her face that I had a couple minutes earlier.

What bothers me about this is that it significantly alters the estimated price per cup. The Teavana reps lead customers into thinking they can brew tea at home of the same strength as the samples at a cost of 76 cents per 8-ounce cup. That's what they quote customers to get them to splurge on the tea. But clearly, that misleading. If I want the same taste as the sample, my cost per 8-ounce cup is three times as much: $1.92-$2.31!

I approached Teavana's marketing department and asked if this wasn't a bit misleading to customers and consumers. I got this reply from Alecia Pulman:

"As a standard guide, we recommend two teaspoons as the ideal strength for our teas and train our stores to use this amount as well. We also list this as a guide on our packaging for our consumers and stores as they brew a cup of tea, " she said in an email. "That said, the strength of our teas are a personal preference and can vary among individuals."

As I mentioned earlier, the instructions on the bag do not say two teaspoons for oolong, as she mentions, but one - unless you make iced tea. (See Teavana's own chart here.)

Pulman did not answer my question about how the tripling of tea leaves would affect caffeine content (which, for chai, is half the amount in coffee), but that's something to consider if you tend to get jitters.

So is the fact that it's actually cheaper for you to buy a fresh, finished 16-ounce cup of premium tea at the store than to buy the leaves and make the same amount at home.

Of course, you could just avoid the expense altogether and opt for something more affordable than Teavana. 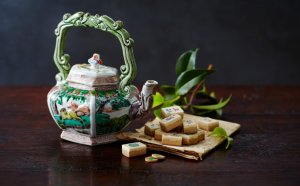 Offee, with its fancy froth, fixie bike and hectic attitude, has been doing its best to cast a shadow over its more refined… 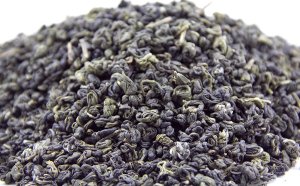