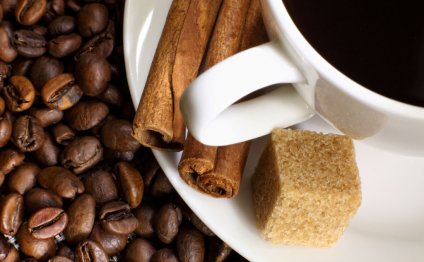 Many large firms offer these schemes. Essentially, employees agree to make regular savings for three or five years. They then have the option of buying shares in their employer at below the current market price, if the scheme has worked as it should. Last week the maximum monthly contribution doubled from £250 to £500.

Those currently cashing in five-year plans are reaping the rewards of an option price set when the FTSE 100 stood at around 3500. Today it is trading at around 6550.

Jennifer Rudman, SAYE scheme manager at Equiniti, the share registrar, said: “Those who saved into five-year plans have done particularly well. Markets were low when these were launched and some company shares have risen dramatically since then.”

Earlier this year waitresses and chambermaids picked up life-changing nest eggs of up to £77, 300 when Whitbread’s five-year plan matured.

Staff of Next, the fashion chain, who made the maximum contribution over five years are on target for a nice surprise of more than £70, 600 when their scheme matures in December. Last November, Hargreaves Lansdown staff picked up more than £100, 000.

Staff at these companies must have made the maximum £15, 000 contribution over the term and still be employed by the company to reap the full rewards.

Companies are already gearing up to launch new schemes to enable staff to double their monthly contributions.

Louise Drake, share scheme manager at Yorkshire Building Society, which like Equiniti administers plans on behalf of firms, said: “The response to the savings limit announced in the Autumn Statement has been very positive, with several companies offering the increased limits and some deferring invitations to take advantage of the increase until the new tax year.”

Sarah Lord, a financial planner at Killik & Co, said: “If your employer offers these schemes, it is my view that staff should take up the offer, as these results show there can be a real benefit.”

But employee share schemes are not without risk, as many millions holding bank shares discovered in the financial crash.

Ms Lord added: “It is important to ensure that not all your savings are with your employer, as you can have too extreme an exposure if your company share price fell.

“As we saw in the financial crisis with the banks, staff who had done well when the shares were rising held on to them for years afterwards. These savings were then badly hit by the crash.”

So if you are offered a share saving scheme by your employer, should you join? We answer your questions.

Employees can invest up to £500 monthly into a three or five-year deposit accounts. At the end of the term they are free to take the cash.

Currently no interest is payable on this money, although a small tax-free bonus has been added as an incentive in the past. When interest rates rise again, the expectation is that this bonus will be reinstated.

Alternatively, you can buy shares in your employer at a discount. The share option price is set at a discount of around 20pc of the share price when the scheme is launched.

Any gain is liable to capital gains tax (CGT), but only when you sell the shares. Given that the tax-free CGT allowance has just risen to £11, 000, most individuals should be able to release gains tax free by phasing encashment. If you transfer your shares into an Isa within 90 days of acquiring them they will also be free from tax. For 2014‑15 you can transfer up to £11, 880 worth of shares, or £15, 000 after July.

Around 1.2 million employees are currently saving into SAYE plans, but the five-year schemes maturing this year look the most profitable.

BT staff in the five-year scheme maturing in August look to have done well because the share price was hovering at around 70p when the option price was set, so staff could lock into an option price of 61p. Today the shares are trading at 382p.

Earlier this year, staff at Whitbread were able to buy shares at an option price of 728p; they were at £37.50 when the scheme matured.

Many staff with three-year schemes have also made big gains, but it is the five-year plans maturing last year or this that have reaped the biggest rewards.

Can you lose money?

No saver is forced to buy shares at the end of the term, so technically you cannot lose your money, and these monthly savings options are safe. However, if the shares perform badly or mature in the midst of a stock market crash, you may not want to take up your option to buy them. In this case you might have lost out on better returns from a deposit account.

The danger lies with staff putting all their savings into a succession of share schemes and then holding on to the stock after the share scheme has finished. Many bank staff saw their savings decimated when the banks collapsed. 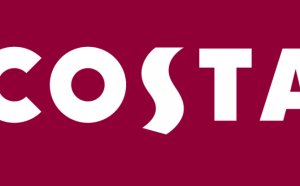 The Starbucks Origin Experience takes partners (employees) from behind the counters of stores, corporate offices and roasting…