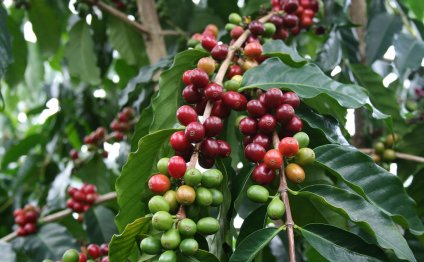 Where did Coffee come from?

The coffee plant, which was discovered in Ethiopia in the 11th Century, has a white blossom that smells like jasmine and a red, cherry-like fruit. Back then, the leaves of the so-called "magical fruit" were boiled in water and the resulting concoction was thought to have medicinal properties. As the fame of the coffee plant spread to other lands, its centuries-long voyage was about to begin.

Coffee spread quickly through the Arabian Peninsula. In the mid 14th century, coffee cultivation reached Yemen and for 300 years, it was drunk following the recipe first used in Ethiopia.

Istanbul was introduced to coffee in 1555 during the reign of Sultan Suleiman the Magnificent by Özdemir Pasha, the Ottoman Governor of Yemen, who had grown to love the drink while stationed in that country. 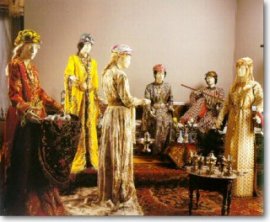 In the Ottoman palace a new method of drinking coffee was discovered: the beans were roasted over a fire, finely ground and then slowly cooked with water on the ashes of a charcoal fire. With its new brewing method and aroma, coffee's renown soon spread even further afield.

Coffee soon became a vital part of palace cuisine and was very popular in court. The position of Chief Coffee Maker (kahvecibaşı) was added to the roster of court functionaries. The Chief Coffee Maker's duty was to brew the Sultan's or his patron's coffee, and was chosen for his loyalty and ability to keep secrets. 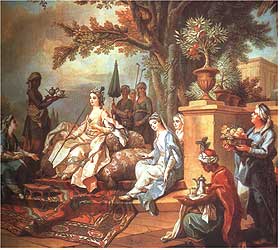 The annals of Ottoman History record a number of Chief Coffee Makers who rose through the ranks to become Grand Viziers to the Sultan.

Coffee soon spread from the palace to grand mansions, and from grand mansions to the homes of the public. The people of Istanbul quickly became enamored with the beverage. Green coffee beans were purchased and then roasted at home on pans. The beans were then ground in mortars and brewed in coffeepots known as "cezve". 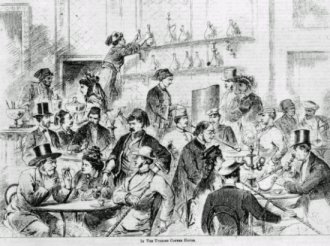 Most of the general public became acquainted with coffee through the establishment of coffeehouses; the first coffeehouse (named Kiva Han) opened in the district of Tahtakale and others rapidly cropped up all over the city. Coffeehouses and coffee culture soon became an integral part of Istanbul social culture; people came here throughout the day to read books and beautiful texts, play chess and backgammon and discuss poetry and literature.

Thanks to the efforts of merchants and travelers who passed through Istanbul, Turkish Coffee's soon spread to Europe and ultimately to the whole world.

how entrepreneur become successful who system of government who developed the polio vaccine when boot up where's the london bridge in arizona who management talent agency where to build science nexus how project finance works where london bridge is located which entrepreneur are you quiz how much solution in vax platinum which solutions contain electrolytes where to download solution manuals for free in startup who ends up with who where business transactions are recorded and categorized what entrepreneur does which device is using a motor which london airport is better why technology is bad where business logic in mvc pattern where science and spirituality meet who system dynamics what design style is studio mcgee why design systems where entrepreneur live whose methodology of teaching experimentation is the key note of why design thinking works what entrepreneur does how many project pollo locations are there where design store founder of startup company where to go from teaching how to go from store manager to district manager from where the mansabdari system was borrowed why business school whom defined why technology is important in our life how much solution in vax platinum what system is the liver in how technology changed our lives how much system engineer make what is a development milestones how much startup capital do i need what entrepreneur should i be how business write offs work
Source: www.turkishcoffeeworld.com

Where did the moon come from LearnEnglishTeens

Where did the word Americano come from? 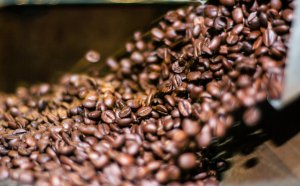 Where did coffee beans originate?

On a recent trip to Costa Rica with Contiki Travel, I took a tour of a coffee plantation. As an avid coffee enthusiast (okay…