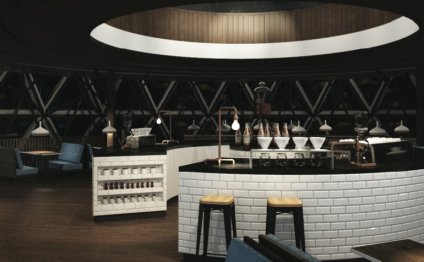 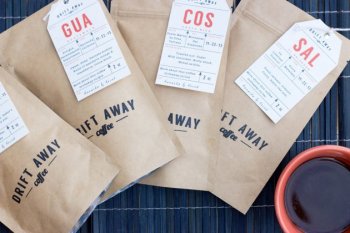 But it's not, thanks to the determination and creativity of some startup coffee brands. For some that means partnering with local roasters on mobile apps; for others, using data to personalize subscription plans.

"Their whole idea is that they're doing things the way Starbucks used to do things and should have done it, " says David Sax, who wrote the book "Tastemakers: Why We're Crazy for Cupcakes but Fed up With Fondue." "There's a market for more down-market places or Keurig cups, and there's a whole market above, saying 'we can provide a scalable experience that's better than Starbucks.'"

Not that these upstarts are taking on Starbucks, exactly. On a price basis alone, they can't; Starbucks is a $60 billion a year business and accounted for most of the country's coffee sales in 2013 alone. They can compete on experience and data, however, and if they're savvy, expansion. Here's how.

An Obsession With Quality

Portland-based Stumptown, best known for advocating regional growers, has always put a premium on quality. Not only does it take time to educate specialty grocers on the difference between organic beans and McCafe, it's called for premium prices so farmers receive better pay. Now, says Lounsbury, the McDonald's of the world are catching up. He's seeing "the 'premiumization' of coffee, which comes on the heels of what's happening with food."

For its part, Stumptown is banking on distinguishing itself through wholesale distribution and by supporting other small businesses. Stumptown has nine of its own cafes but the brand goes out of its way to support other retailers who sell the coffee-even going so far as flying a Stumptown rep in to train baristas or bringing them into its own training lab where they learn how to craft an espresso and other techniques.

And unlike Starbucks, whose products are normally spotted in their natural habitat, Stumptown has made creative forays into San Francisco's Workshop Cafe (which has a bitcoin teller machine, by the way), Las Vegas grocer Fremont Street, and Portland's ultra-chic Ace Hotel. Stumptown isn't afraid to let baristas experiment with its coffee, either. Alfred Coffee & Kitchen in Los Angeles has concocted an edible coffee cup brewed with Stumptown coffee. And it will be there in October and January, when Alfred opens two more stores.

A 'Pandora for Coffee'

Michael Horn, who founded Craft Coffee, isn't afraid to give credit to Starbucks. "They have a really great read on the market, " he says, and when they start throwing around capital into changing the market, "that's a really great thing" for everyone. It proves there's demand for good coffee and "it's a clear recognition the market is changing, " he adds. 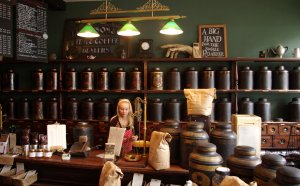 As the cyclists warmed up for Le Grand Depart in Leeds, the Merrie England team prepared the stall for a busy two day Food… 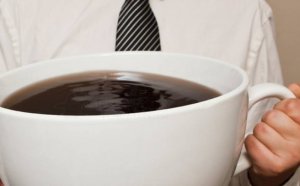